UPDATE: Japan is considering opening its borders for foreign tourists in April 2021 on a trial basis as a preparation for the Tokyo Olympics and Paralympics next year. However this has yet to be confirmed by the government. For latest Coronavirus (COVID-19) advisory information for Japan travel, please visit the official website of Japan National Tourism Organization or JNTO. 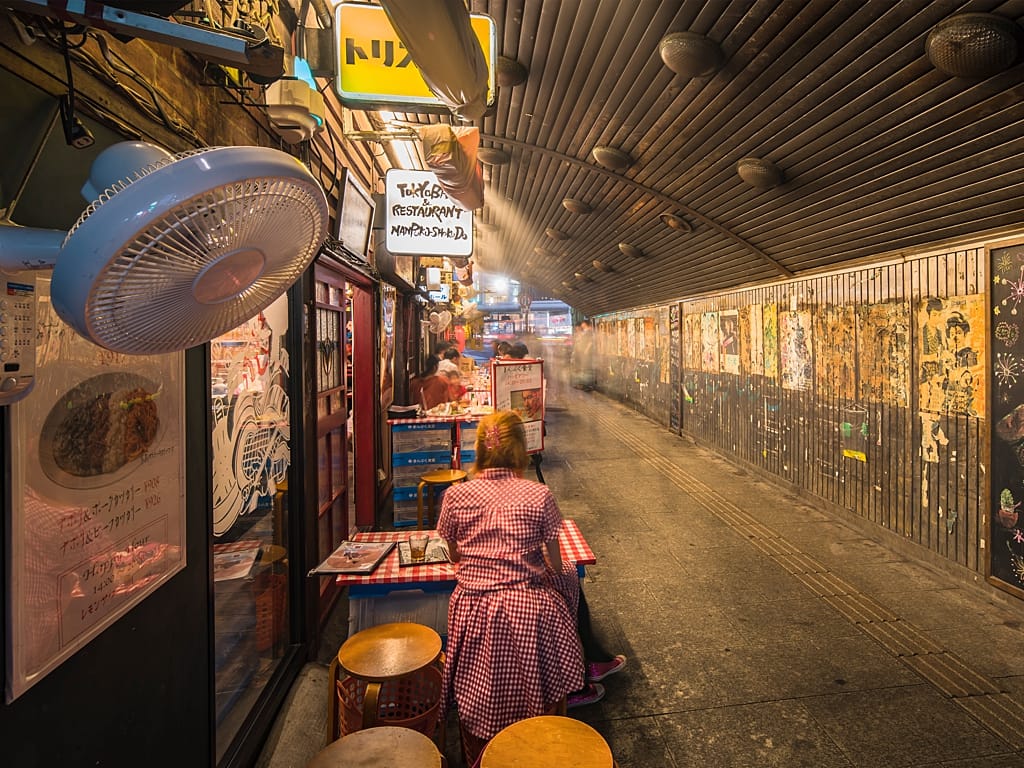 It’s easy to see all the articles we’ve written on this site and see Japan through a set of rose-tinted lenses. In fact, I’d argue that most do this with or without reading a single word from one of our posts. Japan has sort of a mystique lent to it by movies, video games, and anime in particular, and you can even spend years here without acknowledging the faults within the country.

Now, I believe that many expats over-exaggerate many of these issues to the point that I’m left questioning why they bother staying. This is a common occurrence that can be found in any country, but it seems more pronounced here, and is also a bit more understandable.

The point of this list isn’t to bash the culture or the people of Japan, but instead to give people a more balanced view of the country, and better prepare them for some of the culture shock that awaits them during their travel.

Now, as you’ll see, basically, all of the issues here are simply where Western and Japanese cultures are at odds with one another. I won’t be getting into the more controversial aspects of these differences. Add this to the fact that Japan is one of the most homogeneous countries in the world, and it’s easy to see why some of these problems exist.

However, some of the downsides here are as simple as weird laws that need to be followed, and ones you need to be aware of to avoid any unfortunate run-ins with police.

So let’s get into the less flashy side of Japan.

1. You can be “randomly” searched by police.

Now, I can’t speak from experience on this one, as in 10 years I’ve never been searched, but I know plenty of people who have been, and a few multiple times. Some of this could easily be attributed to item #3 on this list, as you won’t see police “randomly” selecting a Japanese person to search, but in reality, it’s more to do with profiling.

The police are looking for illegal immigrants and trafficked persons most of the time; which can be a real problem here. So long story short, make sure you have your passport — with a valid visa — on you at all times.

As I said in the intro, Japan is a VERY homogenous country, with 97.8% of the population being made up of native Japanese people. There are places in Japan that have legitimately never seen a non-Japanese. Japan (and Asia in general) also has a really strong pride in race and ethnicity.

What this means for you is that you’ll be treated differently, and this can be both good and bad. The bad is that you may be treated, well, bad, in rare situations. And unfortunately this does vary by race. You’re also likely to see some racist stereotypes in Japan on signs, in books, and in the media.

3. Tattoos are very frowned upon.

Tattoos have historically been associated with Yakuza in Japan. This association has carried over into a general culture of distaste and distrust of those who have tattoos. There is also a general association of people having tattoos as being dirty, for some reason, but this is less prevalent.

As for the connection with the Yakuza, I know what you’re thinking, “Why would they associate a foreigner with tattoos with the all Japanese Yakuza?” And your guess is as good as mine.

While the general public seems to be making strides toward being more accepting of tattoos, the government seems to be doubling down in the war against them, adding ridiculous regulations for tattoo artists to perform their jobs.

So if you have visible tattoos, plan on getting some dirty looks, having trouble finding an onsen that will let you in (refer to this list of tattoo-friendly onsens in Tokyo), and having difficulty finding a certified tattoo parlor.

If you like to maintain a large personal bubble, prepare to shrink it substantially if you’re visiting Japan. This means that everything from apartments to hotels are compact and, often, not friendly for generally larger foreigners. The bigger issue, however, is the lack of privacy in most cases.

Walls are thin, large families often live together in small houses, the trains are packed, the streets are crowded, and everyone seems to be within earshot.

Admittedly, this is the least problematic of the issues in Japan for me. The Japanese people are really good at closing themselves off to those around them, giving you some semblance of privacy, but it is something I see many expats and foreigners bring up as a big issue for them, so it’s on the list.

5. There are places you are not allowed to go.

Returning to a problem caused by #3 on this list, there are actual places in Japan where the clientele must be Japanese. Even Japanese nationals of different ethnic backgrounds aren’t allowed in because they aren’t “Japanese” (will cover this more on #11). This, thankfully, is a shrinking number of places nowadays, and if you’re just visiting, you’ll probably not run into it.

Most of the time this is because the owner is older, doesn’t understand English, doesn’t have an English menu, doesn’t want to deal with a “rowdy” foreigner, or simply doesn’t like foreigners. On rarer occasions it’s because the establishment is actually owned by Yakuza, and thus keeps foreigners out.

6. If you get into a car accident (or any other legal situation), it WILL be your fault.

Japan has a very weird system of blame assignment regarding car accidents. For example: if two people get into an accident, regardless to who was at fault, the person in the larger vehicle will often receive a larger portion of blame unless it’s clear that it wasn’t his fault.

The blame is then split by percentage based on other factors, such as who is the more experienced driver, the age of the drivers, and so on. Then a percentage is given, like 60/40%, meaning that one driver was at 60% of fault, while the other was at 40%.

What does this mean for you?

If you rent a car here and get into an accident it will ALWAYS be your fault because westerners are always assumed to be more “professional” (experienced) drivers than Japanese. Also, you’re a foreigner. I’ve even seen this applied to a friend sitting at a traffic light while a guy on a motorcycle split traffic, hit HIS mirror, and crashed.

In America, this would be the motorcyclist fault, in Japan, because the person wasn’t parked and his car was larger (and he was a foreigner), it was his fault and he had to pay the bills. So drive safe and pay attention.

7. Working to death is a real thing here.

This isn’t some Asian stereotype, this is a real and significant problem here in Japan. In fact, there’s even a name for it, “Karoshi” or “Overwork death”. The major causes of these deaths are heart attack or stroke, is brought on by stress and a poor diet of nearly nothing (taking too long of a lunch means you’re not working) and alcohol (it’s very common for salarymen to drink with their bosses all night after work). Another source of death is, unfortunately, suicide, due to mounting stress from work and a lack of time off.

Despite the platitudes given by the Japanese government to combat this issue, there really hasn’t been much headway made in fixing it due to the older generation of business owners not really caring. The fact that you’re not likely to get promoted if you follow the government’s guidelines. This is actually one of the reasons many Japanese like to work at foreigner owned businesses, since we tend to care more about the wellbeing of our staff.

8. Japan is not overly handicap friendly.

Unlike most establishments in the west, which requires handicap access to nearly everything, this is not the same in Japan. While elevators are certainly available in most situations, there are still many attractions which are mostly inaccessible to wheelchairs, and some more rural train stations that will actually require wheelchairs to be carried up steps.

That isn’t to say you can’t enjoy yourself here as someone in a wheelchair, far from it, but it does mean you’ll need to spend a bit more time researching attractions and train stations while creating your itinerary.

9. You will ALWAYS be an outsider.

No matter how long you stay, no matter how fluent in the Japanese language and culture you become. It doesn’t matter if you were born here, became a resident, or become a citizen, you will ALWAYS be considered a “Gaikokujin” (Gaijin), an outsider. This is an aspect of the world that westerners often take for granted, given how racially and ethnically diverse our nations are compared to most of the world.

Of all the things on this list I feel that this is the one that is most depressing for many expats in Japan. They know that no matter what they do they can never really be Japanese, unless this part of the culture changes in the future.